Volunteering at a dogsled farm - Snowdragons in Austria - Part 1

March to September 2016 - what happened since my last post Since my last report, there is some time passed and MANY things changed. Obv...

Volunteering at a dogsled farm - Snowdragons in Austria Part 5

Last time, I was two days before the European Championship really worried, that I wouldn’t be able to join Lukas, because I got ill. Luckily, I felt one day before much better and I told Lukas that I will definitely join him. It was actually the first day since a week my nose was not running – what a nice feeling :-P Lukas and I had to make some preparations, we weren’t sure that there will be electricity in Ottenschlag, so we needed to buy a generator to heat up the caravan, and a few more things. In between, we still had some time for fun with the dogs. It was pretty much raining the whole week, and Braxi obviously didn’t like to be wet anymore, so he sneaked into the house. I dried him with a towel, I think he liked it ;-)

The next morning, we started packing the caravan and upload the dogs. The final decision on the dogs joining us, were in the lead Foppa and Lily, behind them Simba and Atreju, then Arthur and Angor, and as Wheel dogs Punkti and Blesk. They always get really excited and it is not that easy to get them from the kennel to the transporter as you imagine :-P They pull really hard, because they fear that you will let them behind and of course because they sense that there is something exciting about to happen. After loading all dogs, we said Goodbye to Miriam and Maria and were on our way to Ottenschlag. The weather conditions weren’t that good, it was raining and very foggy, although it was at least cold enough for our dogs to run. It took us some time to arrive in Ottenschlag, due to the bad weather conditions and our very long vehicle – just to remind you, we were about 14meters long.
Finally, we arrived around lunch time in Ottenschlag, there were already a lot of other mushers with their dogs. We got a place next to an Austrian friend of Lukas, her name is Ines who were there with her girlfriend Sajma (from Switzerland). It is really crazy, how many people and especially dogs are there. To give you a feeling a few pics.

Of course, with so many dogs so close to eachother, there are some frictions. We had one with one of our neighbours. All musher friends from Lukas, were doubting that they were purebred Huskies, and the Musher always let the dogs run free when he got them out of their boxes. The mushers were kidding around that if that would be real Huskies, they wouldn’t stay in that area, they would be running off as far as they could. Additionally, one of the dogs, always came a little bit too close to the other dogs area, which always triggered a barking and growling concert :-P

To give you a small feeling how the atmosphere was

We always took the dogs out of their boxes to the so called “stake out”, where they were attached to a line, so that they couldn’t run off to other dogs but still had the possibility to walk a little bit around and pee or poop. When you let out the dogs out of their boxes, you hold them on their collar and lead them to their place where they got leashed on and back the other way around. I don’t why, but getting the dogs out of the box was never a problem, but getting them back inside, definitely was! At least with a few dogs, and especially with Punkti! I either compared him with a wild going horse or an ox :-P Not that they didn’t want to get in the box, no they wanted to, so badly, that they were going crazy and pulling so hard, that I almost couldn’t hold them. We had the strongest dogs with us, Atreju, Angor, and Punkti! Lukas was making fun of me, because my muscles in my arms got really sore from holding the dogs, that he always said that if I keep going on, my arms will get longer and very soon I can walk around like an ape with my arms first ;-)

Most of the day, I spent actually running around and looking at the other dogs or cuddling with our dogs. They just love to cuddle J
It is amazing to see, how many nationalities are attending on such an event, there were people from 18 countries which were; Italy, Moldavian, France, Slovakia, Romania, Belgium, Serbia, Portugal, Russia, Switzerland, Czech Republic, Poland, Estonia, Hungary, Netherlands, Denmark, Germany and of course Austria.

We had quite a short night, due to the fact that somehow a lot of mushers let their dogs out in the middle of the night, although it is forbidden. There is a rule, which says, that the dogs have to be in their boxes between 10pm and 7am. Well, not all of them were following the rules, and when the dogs are out of their boxes they start barking. Very loud. Nevertheless, the morning started early with letting the dogs out and feeding them. Lukas starting time would be at 10.10 am, so we started preparing the dogs shortly before and you could feel the excitement within the whole place. There are different categories where the mushers can run with their dogs. Existing categories were cart run with ten, eight, six and four dogs, Sprint Bike with two or one dog, Sprint Scooter with one or two dogs, and Canicross with one or two dogs. Can you imagine, CANICROSS with two dogs???? You remember, when I told you that running just with one dog is already a challenge and then with two dogs?? Wow! I watched them running, and I had to laugh because I recognized that expression their faces “don’t fall, don’t fall” J and that was also very difficult, due to the mud.

Within the categories there were even more categories, whether gender or age or if it is a middle or long distance or just a sprint. Shortly, before it was Lukas turn, Lukas got a call from Birgit that Braxi did somehow run off. We have no idea how he did it, because there is everywhere a fence around but he wasn’t on the property. Unfortunately, exactly that day the hunting started, the hunters would be out for the next three days. We got really upset, but luckily shortly after that call, Birgit called again and said he was back. He was totally out of breath, limping and smelled like fish! We have no idea where he was, but at least he got back. We guessed that he tried to follow us, but who know he won't tell us. We also couldn't find a hole in any of the fences. As I said, Braxi won't tell us ;-)

Then, we leashed the dogs on to the cart and then (Ines and Sajma helped us) we run together while holding the dogs to the starting line. I had to hold Foppa, he is always so excited and starts jumping over poor Lily, so I hold him the whole time tight. He was really eager to start, we’ve got some pictures of that ;-)

The atmosphere before the race :-)

After the first race, Lukas was on the third place. On the first was one Czech guy with incredible 44minutes time for the 14.7km, on the second place one guy from Switzerland, Thomas, we got friends with him, with 54minutes and Lukas with 58minutes. On fourth place was again some Czech guy, with only 40 seconds after Lukas. Lukas said, that the first and second place are too far away for him to reach, but he really would like to keep the third place. But therefore, he needs to get a time advantage for all three days and it was already a close catch.


The next two days, some friends visited for watching the race. Lukas was able to keep his third place, even it really took him a lot to keep up with the others. The track was obviously very challenging. Still, we had a lot of fun, everything was organized very well, but we were happy when everything ended on Sunday with the ceremony and with a final emotional song I am from Austria (the secret Austrian hymn).

The ceremony ended around 7pm, therefore, we decided to leave on the next morning. we didn’t want to have the stress driving in the dark. I enjoyed it a lot, but I was very tired and finally happy, that after arriving, packing out and taking a super long shower I could have a nice long nap J

Thank you for joining me on this journey. Tomorrow, Maria and I are flying to Paris, to Walt Disneyland J Stay tuned for my next post ;-) 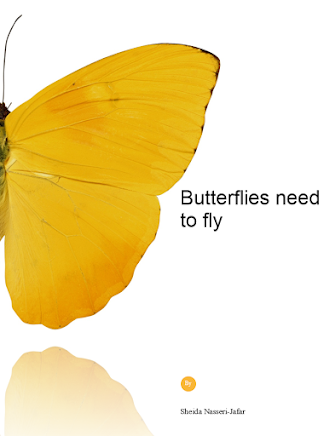